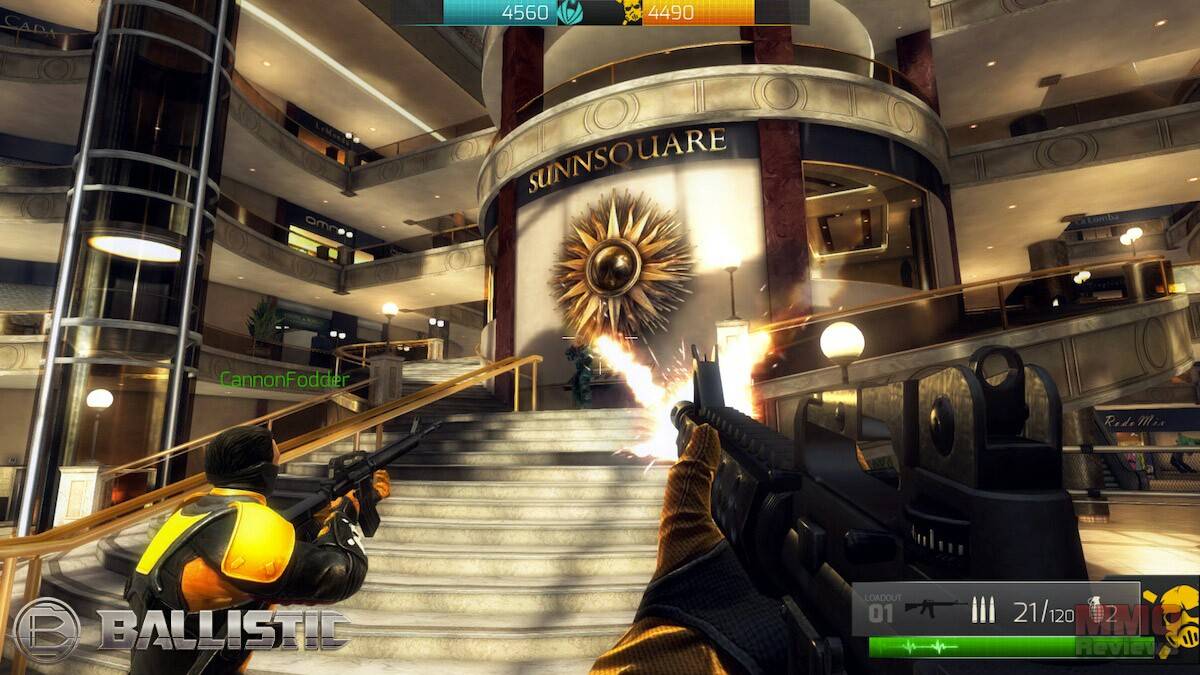 Ballistic is a dynamic free-to-play first person shooter for Facebook and internet browsers that promises to bring team-based AAA-quality gameplay and production values instantly to any computer. Set in the near future, the game pits two rival factions, the MFA and the Smokes, against each other for control over a new type of energy supply.

Players will be able to choose from an array of modern-day weapons and skill perks to create customised loadouts before putting their skills to the test in fast-paced shoot-outs. Regarding the figure of the character itself, customisation is still limited for up to now. You may only alter your character’s face via purchases in the cash-shop.

The action in Ballistic takes place in the near future in unique real-world locations such as a luxury mall, an art museum, a business park, and more. Those locations are captured as strongholds by one of the two opponent factions, the MFA and the Smokes, fighting against each other for control over a new type of energy supply.

In Ballistic, the 2 faction fights will be battled out in different game modes including death match, capture points, and king of the hill.