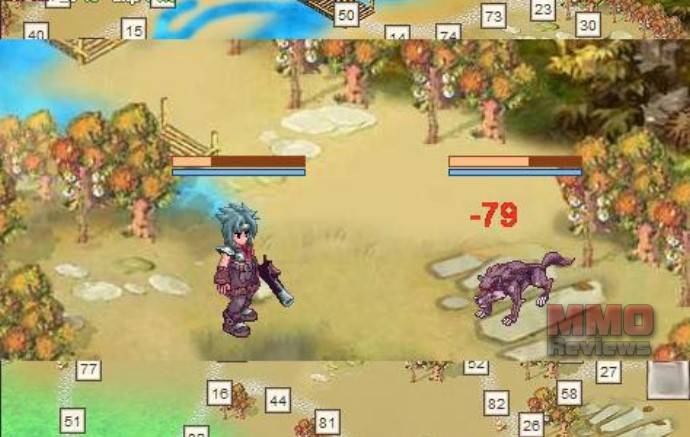 Aurora Seaport used to be a nearly wasted mainland. It buzzes into activity once again, because many adventurers ferry upon it to explores its'fable and treasures. So it was also known as "Adventurer Ferry" as well.

Unfortunately, corruption from evil forces soon spread around the whole continent. With the mushrooming growth of dangers and legends,many adventurers from around the world, gathered in "Adventurer Ferry". Adventurer Ferry is the only safe place in this corrupted continent. Nobody knows what the future lies for the adventurers; as it to be worship as a hero or to be ladden down by death. However, it is impossible that everyone can become a hero. And yet,nobody plans to leave Adventurer Ferry, because they come along with their dreams from a far distance.

- Warrior; excel at melee attacks and utilize various melee weapons to fight enemies.
- Mage; wield spell magic against their enemies.
- Knight; they usually start with a ranged attack and the move in for a melee finish.
- Priest; are know for the power of their holy spells of healing.

In Aurora Blade, all unbound items can be traded. Click "Market" in any cities to sell your items. It costs you nothing while selling items. However, the system will ask for 2% of the item's price as a commission charge after it is successfully traded. Players can buy items from the Market wherever they are. After they successfully buy something, they can claim their items from the Express Company in the Dak.