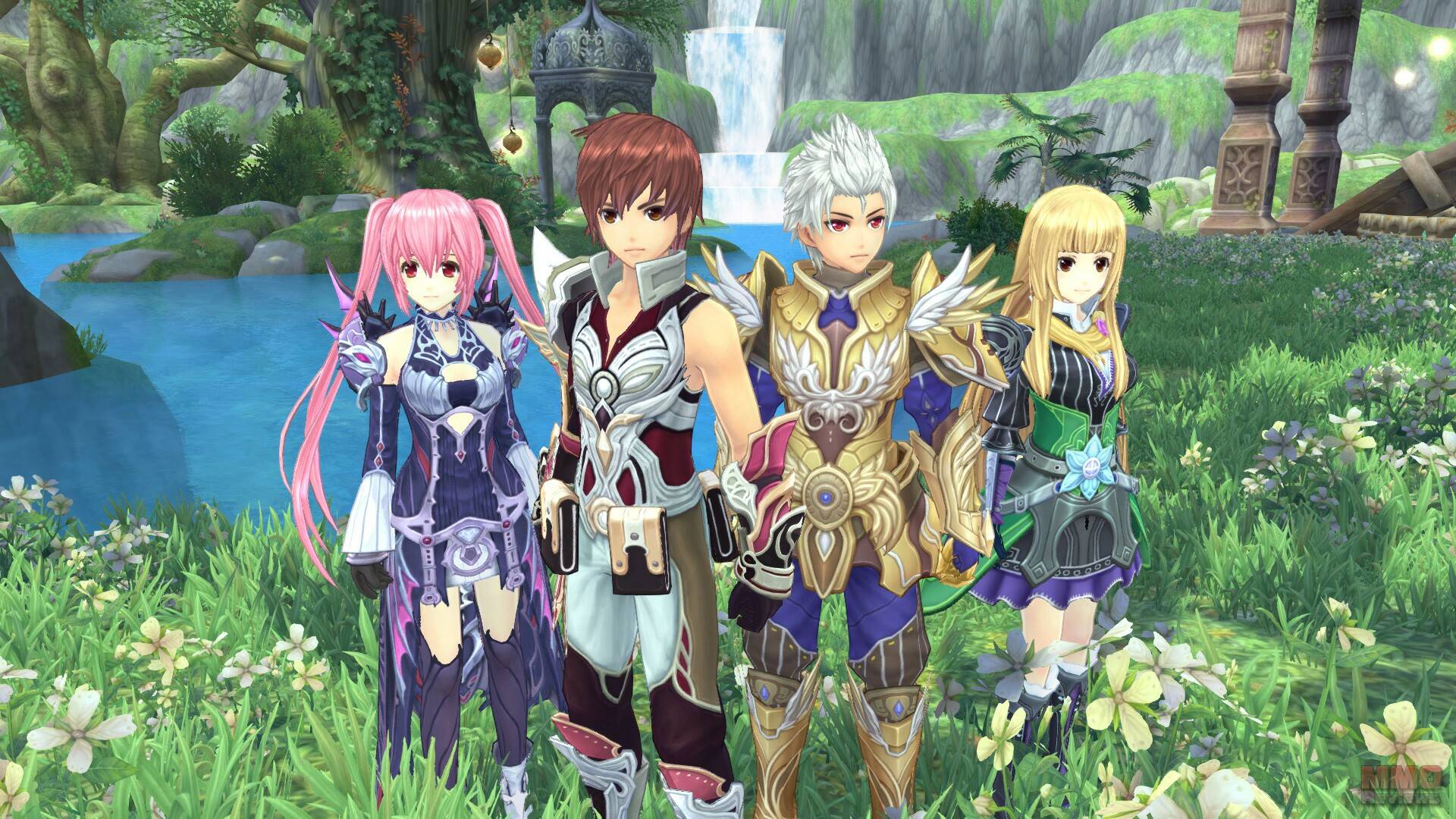 Aura Kingdom is a new MMORPG that features detailed anime art style graphics to depict a sprawling fantasy world for players to journey through. In the game players are going to be accompanied by faithful interactive companions able to evolve and give support in battle.

In Aura Kingdom players can choose between eight classes, fight with a dynamic action combat system, and customize their their haracters with elaborate skill trees.

The game presents rather than a usual class system, a system based on the weapon players may use, resulting in eight classes to choose from, but along the way they are able to select a secondary weapon normally wielded by one of the remaining classes. Each weapon provides unique skills that are unlocked automatically step by step upon reaching higher levels. With every new level, players are also able to put points into a passive skill tree that differs between classes.

In Aura Kingdom players are accompanied by companions which are far more than simple pets and an integral part of the game experience. These companions grow more formidable over the course of the game and gain powerful combat abilities-including joining with the player to initiate spectacular combo attacks.In addition these companions will remember your actions ingame, frequently conversing with the player about their past exploits and battles.

In the game players are going to have unprecedented mobility both in combat and out, offering unique movement techniques to traverse the terrain. Players may utilise double-jumps to scale heights and glide forward through the air at high speed to cover ground faster than they ever thought possible. Even for low level players, it’s already possible to climb on the back of an extensive array of mounts.

This mobility allows for fast-paced and fluid battles. Position and quick thinking will enable them to dodge enemy attacks and stay on their feet. They can call in their companion to join them, granting access to powerful new abilities and spectacular combo attacks.

In Aura Kingdom the customisation is not limited to hair styles, costumes and accessories, but also allows adapting characters regarding their abilities and weapons. Players can choose which of their many abilities to power up to suit their play style, and change them around quickly and freely. They are encouraged to experiment with different setups often, as the right approach can mean the difference between victory and defeat.

Aura Kingdom does not present the common stats, but attack and defence points instead. Attacks points can be used to improve the character’s attack to inflict a larger amount of damage, the chance to land a critical hit, and the attack speed. Defence points can be employed to increase health, health regeneration and the chance to avoid an attack, as well as to reduce the amount of damage received.