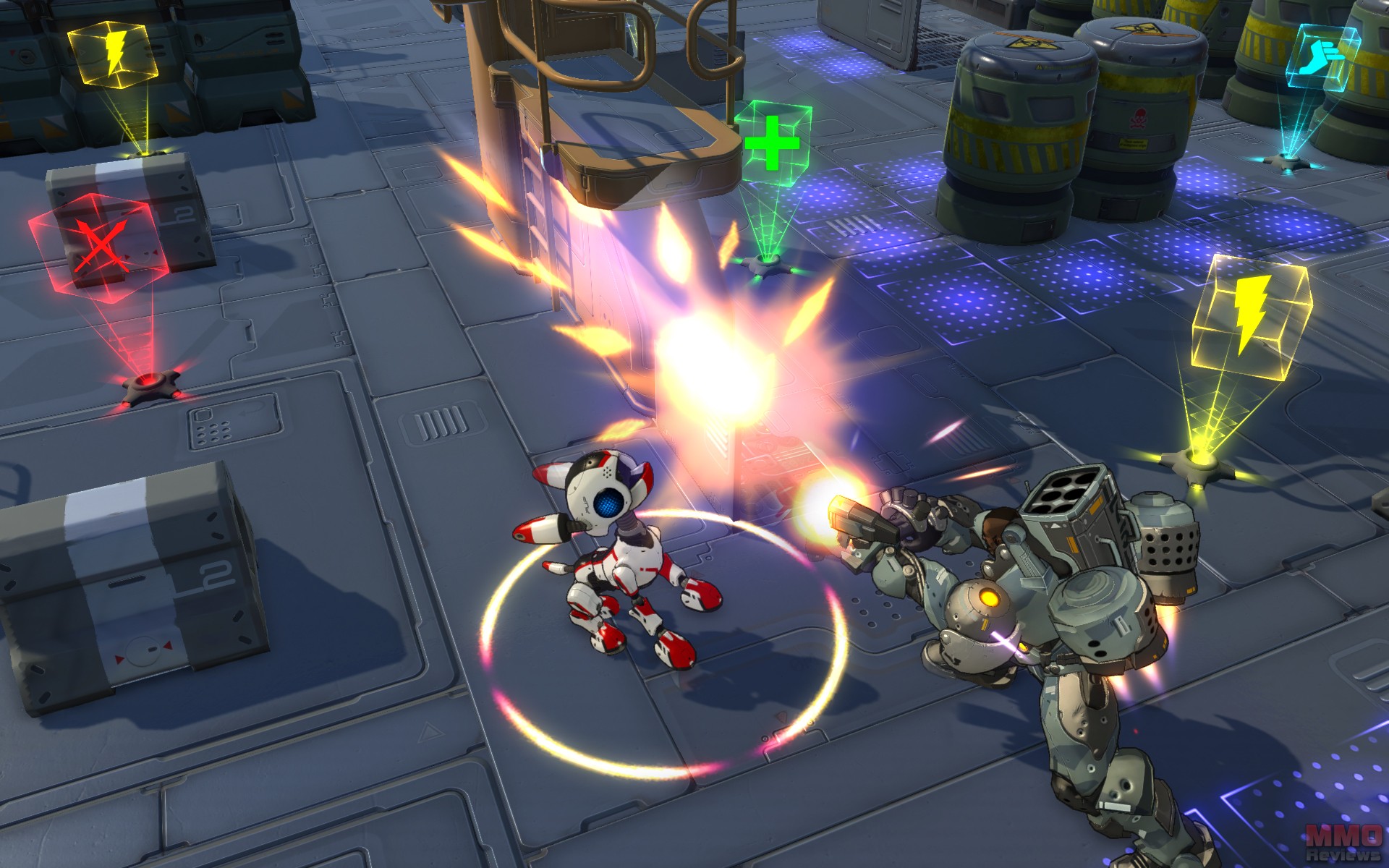 Atlas Reactor is set in a future world where Trusts hire on skilled Freelancers to do all manner of jobs for cold hard cash; the best of these have risen in celebrity status and players get to step into their shoes for team based battles. Free to play the game focuses on turn based combat where it’s always your turn; simultaneous turns means no waiting around for your opponents and teammates to decide what they’re doing and instead players must act and react to their rivals and try to second guess what their plans are.

The core of the game revolves around team based battles, either PVP against other rival teams of characters or against AI opponents, combat is completely turn based with players choosing which actions they wish to perform and then locking them in. However, unlike other turn based games where a player then has to wait for everyone else’s turn until their own go rolls around again, in Atlas Reactor everyone chooses their actions at the same time and once everyone has locked in… the fun begins.

As everyone’s turn happens at the same time a turn is broken down into four phases, with each phase having priority and occurring in a set order; the player’s actual abilities will occur in one of these phases and there is structure to the turn itself. The phases are:

There are numerous characters to choose from in the game, each having their own playstyle and skills that will help them as individual characters and as members of a team: