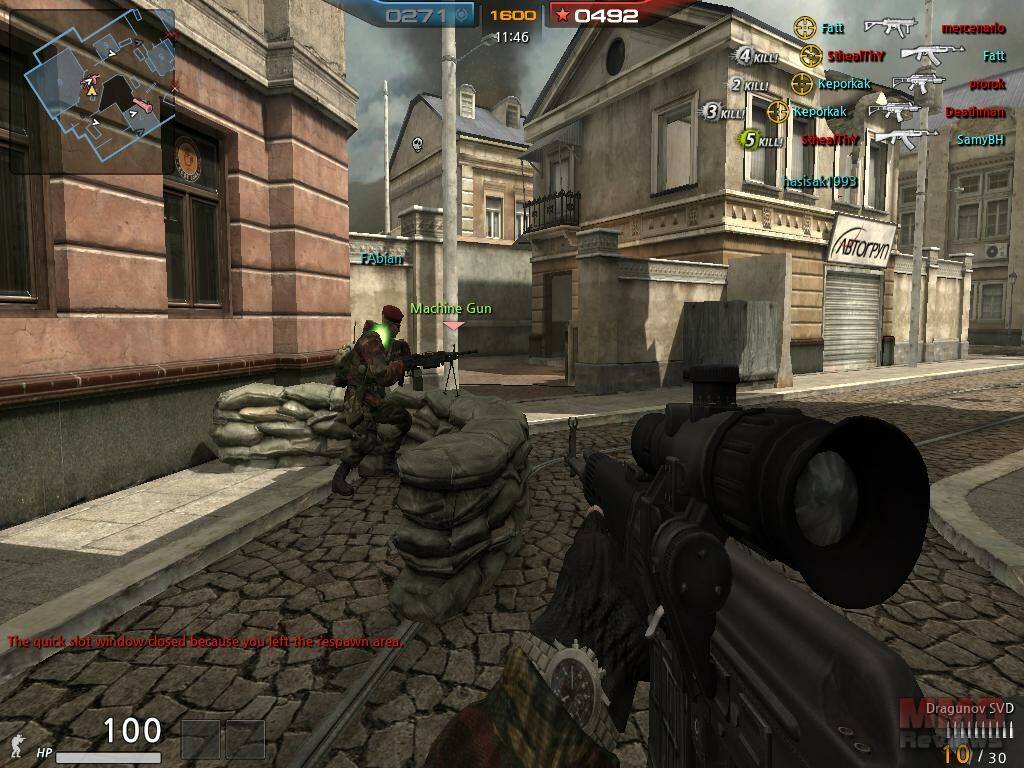 Set amidst the chaos of World War III, Arctic Combat is a MMOFPS with realistic warzone effects and battles based on team/clan strategic gameplay. Involving tactical perks, weapons, and equipment, the title offers a realistic gameplay experience and a tactical skill development system.

The story revolves around a national conflict between 2 factions: the Allied Forces (AF) led by the United States, and the Red Star Alliance (RSA) led by Russia. What begins as a dispute over natural resources in the arctic results in a violent clash between the AF and RSA, dividing the world into 2 opposing forces and marking the beginning of World War III.

Skill system - Strategically planning their attacks, layers can take down opponents and empower their allies via active skills prompted by the player, or passive skills that naturally take effect under specific circumstances.

Mission system - In addition to fighting against the enemy, players also can undertake missions to earn additional points and acquire useful items by successfully achieving the goal.

Artificial Intelligence (AI) system - Adding a PvE element to Arctic Combat, the AI system offers players a forum in which to sharpen combat skills through tough battles with varying degrees of difficulty.

Despite from choosing their faction, players can also choose to play a recon or ranger character but otherwise, there are no character classes. You will set you play type via different weapon settings instead. Placing various types such as sniper or assault rifles in different slots, you’ll always have the appropriate arm for changing situations. Currently, there are no female characters available.

For further customization there’s a wide range of items and accessories such as boonie hats, berets, field caps, shemaghs, beanies, sunglasses, goggles, masks as well as options to alter the character’s face in order to create a really unique character.

The game features a Bot system allowing players to battle with and/ or against AI Bots. In addition, there are 10 different game modes:

Team Deathmatch - The 2 opposing factions compete against each other; the one killing more opponents wins the match.

Free for all - Every player is for himself and must defeat all the others.

Search & Destroy - The AF and RSA fight against each other to attack and defend the bomb site.

Domination - The AF and RSA fight to dominate key points on each location.

Demolition - The 2 factions battle each other to obtain the bomb first and attack the bomb site while the opposing team defends it.

Annihilation - Each team must annihilate the opponent during each round to win the match by reaching the target score.

Explosion - Each team has to use offensive and defensive gameplay to place the single bomb of the match at the opponent’s side.

Rocket Match - In this sub mode, players are only allowed to use rocket launchers.

Sniper Match - Only sniper rifles are allowed in this sub mode.

Knife Match - Knives are the only weapon allowed in this sub mode.

Renouncing classes and a traditional levelling, the game includes an innovative skill development focusing on the player’s skills and capabilities.

There are passive and active skills a character can achieve: Passive skills are automatically used when they meet the conditions and include, for example, an overcome crisis skill regenerating HP gradually when descending under 50%, a bomb detect skill, a plant/ defuse kit reducing the time needed for planting/ defusing bombs or an enhance health pack skill increasing the amount of HP recovered from health packs. Active skills are earned from kill streaks and can be used when needed.