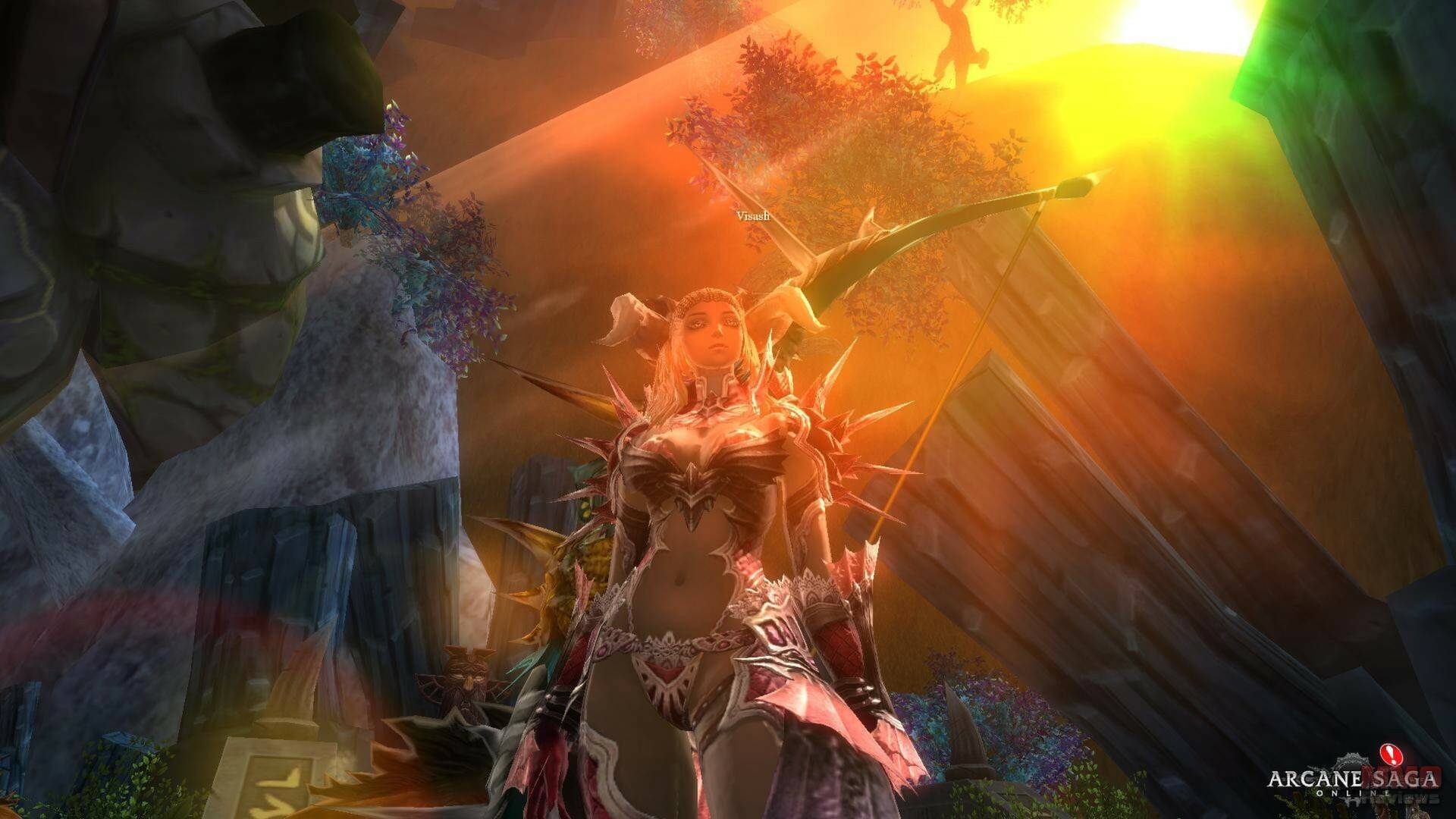 Set in the immersive fantasy world of planet Prius, Arcane Saga is a free-to-play MMORPG that delivers an unrivalled, fast-paced and fun gaming experience, allowing players to create ruthless combos, acquire numerous and experience savage and challenging PvP. They may create their own adventure by choosing to explore the world through hundreds of open world quests and experiences or delving deep dungeons for new gear.

In the beginning of time, there were gods who created the universe. Among them, Star Creators were responsible for creating planets and organisms which were merely a force of energy to them. Those who succeeded in creating strong planets were able to rise to power and gain respect in society.

Hool, a young Star Creator, didn’t possess much energy force as he loved his creations and felt guilty when he had to mistreat them in order to gain energy. When suggesting improving the relationship between creators and their creations to bring overall happiness, Hool was kicked out of the Star Creator society by Rashard, the king of gods, who didn’t allow his current policies to be overturned.

Rashard turned Hool intro stone, sealed his planet Prius and condemned it to endless suffering. A thousand years have passed, Prius is still suffering from Rashard’s curse and waiting for a foretold hero to rise and free the planet…

Lon - Simple and stubborn yet honest and innocent, Lon Mases are Prius' strongest combative species and courageous fighters who control the frontlines of the battlefield. Highly valuing faith and loyalty, they are actually very warm-hearted but unaccustomed to expressing their feelings which often leads to misunderstandings.

Physically and emotionally balanced Lon Femina emphasise the importance of the harmony between human and nature due to the eco-friendly tradition that have been handed down to them through the ages. They are free-spirited hunters with various combat strategies, quickly killing, healing or bewitching opponents.

Ayin - Highly intelligent and physically fit, Ayin Men pride themselves as being Prius' superior species with a long history and tradition. These excellent swordsmen are known for their commitment to win and sacrifice for a bigger cause. However, their excessive pride and arrogance make them targets of jealousy and hatred.

Although very beautiful and capable, the Ayin Women had to live anonymously due to class and gender inequality. They were lured by the Legnos League to once work as Nego Ayins when they had no sense of conscience. In order to redeem themselves, they're going to take the opportunity to put that dark secret behind them and re-enter the Ayin community.

Hume - A curious clever species, the Hume incorporated Magia with science in order to overcome their physical weakness. Having created the most stable and abundant country in Prius, they were utilising outstanding diplomacy and scientific technology, to increase their influence on the continent. While the men created a powerful magician proving to be very effective in combat against enemies, the women rely on their high performance magic gun.

Beriah - With a strong focus on the arts and intellectual pursuits, the Beriah are seen in a most unique light by the other races. While their physical strength is insignificant, none can surpass the psychic powers they release through music. They possess a mysterious power which cannot only encourage or discourage others, but can even restore someone who is nearly dead.

The job system provides almost endless possibilities, allowing players to obtain multiple jobs and learn numerous unique skills. They are free to become whomever they choose to be. Each job focuses on a specific role, such as damage, healing, tanking or player-versus-player (PvP) combat.

The game offers the opportunity to plan and execute your own combos and bonuses. Players may use any skills they have learned from their jobs for their combos and select corresponding bonuses. This creates a unique and fun play style where players choose the rewards while timing is crucial in executing combos.

Professions allow players to craft rare or customised items. Collecting and selling crafted items provides access to additional Lif from other players, making levelling easier by increasing the strength of the player’s character and/ or gear. You gain profession skills as soon as you create your character and can level them independently from your character level.

Crafting - Crafting allows creating weapons and armour for your character or others. Players can also dismantle gear they find during their journeys and use the resulting material for crafting new items.

Refining - Refining increases the power of your items by enhancing them. The more you enhance an item the more likely it is to fail and lose its enhancement bonus. You can also use refining to equip "spheres" on your gear that increases your gear's stats.

Alchemy - Alchemy allows creating potions or scrolls. Players can also transmute spheres into other colours, upgrade material components and dismantle spheres to use those materials to create other items.

In Arcane Saga, players will experience savage and challenging PvP as only one hero can free Prius from Rashard's curse. This competitiveness means bloodshed in the PvP arena as well as in siege events. Due to open world PvP and PKing, players will always need to be on their toes and watch their backs for incoming attacks.