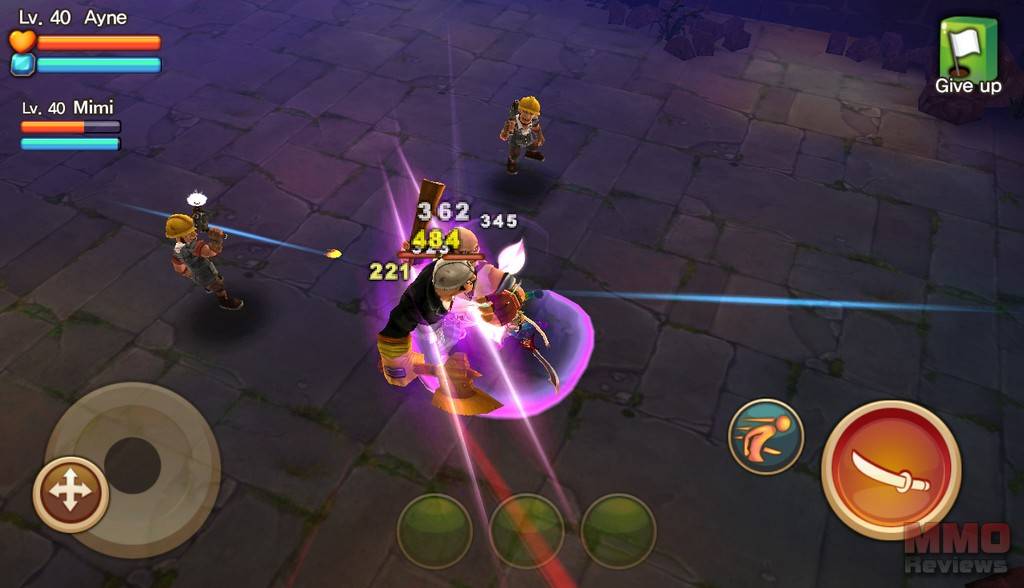 This free to play, family friendly, fun and furry MMORPG lets players step into the shoes of a powerful Guardian, the last defence against the invading humans looking to destroy the trees and wildlife of Forestia. As three unique classes/characters players can adventure across this exciting and colourfully cutesy world in cooperative campaigns or battles meeting new friends along the way. With casual gameplay and short mission times players are able to pick up and put down the game as they please, even whilst on the move as the game has been released for both Android and iOS mobile devices.

The peaceful inhabitants of the ancient woodland of Forestia are under threat as the progressive and evil humans seek to use their infernal machines to destroy the land for their own greed. To ensure their safety three Guardians have risen to the challenge, powerful and skilled Animas that will ensure the human invaders are sent back to where they came!

Animas Online is every part a free to play MMORPG that has been brought to the mobile platform, using many of the same features that players would expect from a PC MMORPG title players will explore a huge world and complete various quests and content. In return for their tasks and completing challenges they will be rewarded with XP to unlock new skills and abilities as well as acquiring currency and gear to improve their fighting prowess and make them overall stronger when facing the various PVE challenges. The overall vibe of the game offers a friendly family feel and so is appropriate for all age ranges.

The three Guardians that have stepped forward to save Forestia each coming with their own unique sets of skills and abilities, offering a different style of play when in combat:

Trisha - this squirrel like marksman has an unstoppable firepower that will send the humans running back onto the ships in which they came on, deadly from a distance this little Guardian has a keen eye and a long-range

Catya - renowned in Forestia as being the greatest female sword fighter around she is quick, cunning and has catlike reflexes making her a deadly opponent in melee combat that can quickly dispatch her enemies

Bargon - this gentle bear like giant might be soft underneath his fierce exterior but he will defend the land with everything he has, using his mighty staff and powerful magic spells this Forest shaman should not be trifled with

Players can navigate around the world and in battle using the touchscreen joystick for full 360° movement using an isometric top-down view of the characters. Able to move between enemies players will have a primary touchscreen attack button as well as various abilities that they will unlock as they level up that appear on the screen as their own unique button that will typically come with a timer that must cooldown between uses.

The game is first and foremost is a story driven adventure and players have a wide selection of areas and environments to advance through, to do so they must complete missions and quests in a chain, defeating them in order to then progress. As they unlock new areas the challenges will grow ever more difficult but the rewards earned will become even greater. Each time a player starts a new quest they are invited to bring along a friend to help them in their group, either one that they have already added or a random player within their level range that can automatically join the group.

As well as cooperative PvE players can also experience thrilling PVP content as they face off against each other in one-on-one duels against other real-world players, matching their gear, abilities and skills against other players to achieve a global ranking.