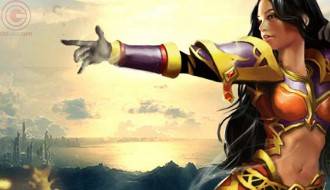 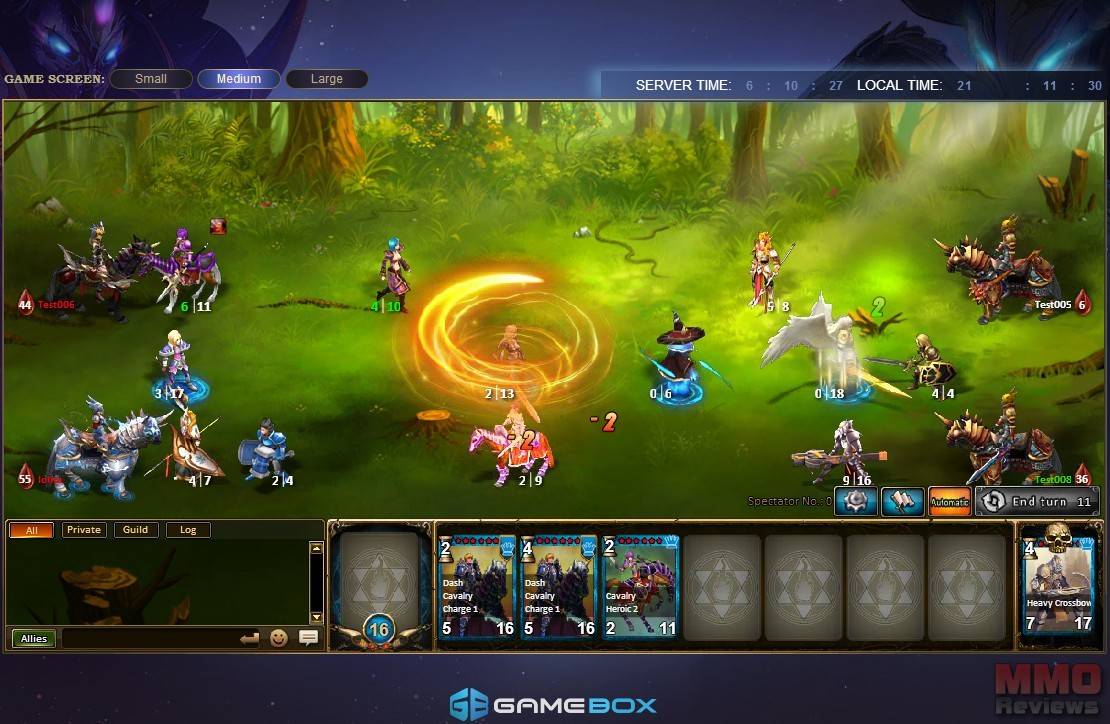 Ancient Summoner combines well-known TCG systems with RPG aspects to deliver a unique free-to-play experience for internet browsers. There are hundreds of distinct fantasy-based cards players are able to build their own decks with to engage against each other in combat of up to 4v4. Using the fusion and extraction feature allows them to combine cards and to come up with new strategies and tactics. All cards possess their own uniquely designed graphics to fit with the themes and style of the game and trigger different animated battle scenes when played.

Ancient Summoner features a huge array of various collectible cards, each of which has their own attributes and can be classified as common to particularly exceptional and powerful, which is shown by different colours and stars: Common (1 star, white), Good (2 stars, green), Rare (3 stars, blue), Epic (4 stars, purple), Legendary (5 stars, orange), Godlike (6 stars, red). For participating in battles, players receive new decks that can be opened and are also able to fuse cards or buy them at the in-game auction.

Combat takes place when two or more teams compete against each other on the battlefield, which is made up of a grid of various numbers of lanes that stretch across the battlefield. Each hero starts at one end of the battlefield and players will set up their army by placing their cards on the grid.

In order to win a game, players aim at getting their units to the other side to directly attack the opponent’s hero and reduce its hit points, thereby killing it. The opponent will meanwhile continue to place their units on the battlefield to block you while simultaneously trying to crush your troops and destroy your own hero.

Every unit on the battlefield is represented by their own collectable card that comes with their own traits, HP and attack value. While some units only attack in one direction, others are capable of long-ranged attacks over multiple squares and some even have a Vigilance ability enabling them to attack all nearby units.

A "Countdown" value for each card indicates the amount of turns required before they can be played in battle. Every turn reduces the countdown by one, allowing the card to be played when reduced to zero.

When a unit’s hit points are reduced to zero, it is removed from play, placed onto the graveyard and can only be used again in the next battle.

The title also offers a few story-driven elements that revolve around combat against AI opponents. Players will advance across the world battling various menaces and threats to be rewarded with XP and other rewards for being succeeding. They are able to manage their hero’s and units’ stats and earn various items and weapons to enhance, for example, their defences and hit points.

The MMO regularly hosts server events, primarily in form of seasonal events or events over a limited period of time events providing players with only a few days to accomplish their goals for the chance to earn a limited unique reward. The majority of the events take place once a year, or even once in a lifetime, allowing players to obtain particularly rare and unique cards.

Ancient Summoner features an arena where players can participate in tactical 4v4 team battles to compete against each other for glory and rewards. They may alternatively tackle team-based instances to fight side-by-side with their friends, cooperatively battling as a group against various AI enemies.