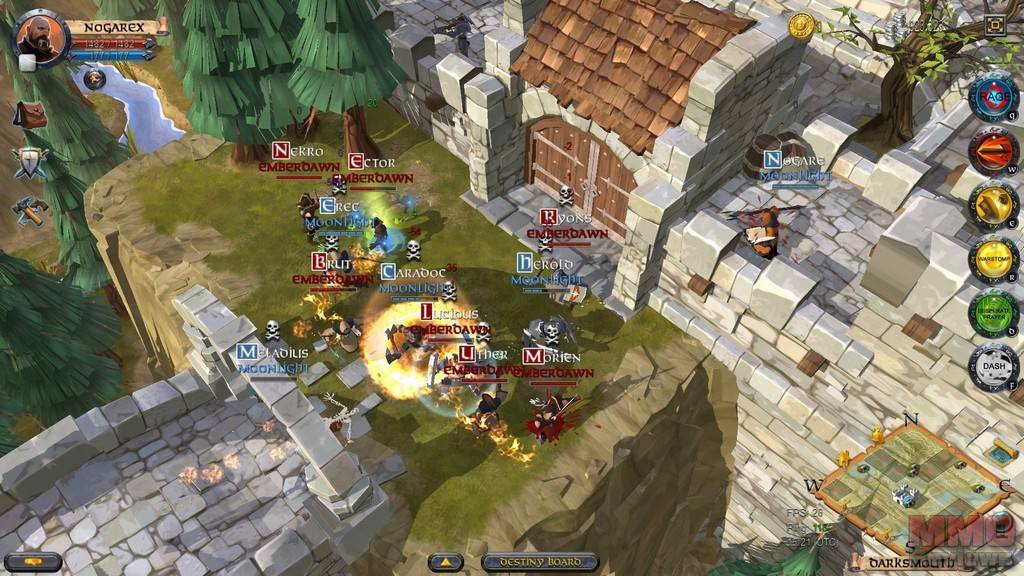 Albion Online is a multi-platform sandbox MMORPG based in a fantasy world where players must band together to survive and prosper, responsible for raising up their own towns and cities, crafting every inch of their homes and their items and defending them from those who would try to take them away. With a combat-driven PvP element, players will have to work cooperatively to survive the harsh realities of Albion Online.

One of the main components of Albion Online is the fact that there are no available classes and instead players’ role within a group and abilities are determined by items and gear that they equip themselves with. What this allows is full customisation of a character and their abilities, with the option of switching items in and out of the character that allows players to try out different templates and create hybrid player created "classes" that was previously impossible in previous MMORPGs.

The way in which items determine a player’s abilities is directly through the item itself and skills, talents and abilities are crafted directly into a piece of gear, which opens up different opportunities for its user. There are literally thousands of items and various skills to choose from, opening up innumerable combinations, however this is slightly restricted in that some abilities can only be equipped to certain types of items.

Items are crafted from resources, each of which have their own tier of rarity and will in turn creates a rare item that only the minority will have access to so that rare items are actually truly rare. Whilst these items may give players the edge in battle it all depends on the user as unlike other MMO’s gear can be equipped by anyone as there are no levels and so do not imbalance combat.

Practically every item within the game will be crafted by players for players, from buildings, tools, armour and weapons, resources are gathered by players and crafted. As items can be looted from players bodies if they are killed in PVP this means that not only is there a reward killing players and a more realistic penalty to dying it also ensures that items and gear circulate and force players to constantly loot to the community of crafters to replace the lost items making the economy more player driven.

No items within the game are restricted with free to play accounts, everything is accessible to non-paying customers and there are well over fifty types of building that can be constructed by players, with everything from simple functional constructions to production focused and military type buildings. Building a large structure is a large team effort that will require a cooperative group of players to not only build it also defend it against those that would try to destroy it.

PvP is the primary focus of the game, with open PvP, player looting and the territorial combat system that divides the world into over 800 different territories that individual Player Guilds can battle each other for. These territories will be the initial site for a Guilds village where they will have to defend it against other Guilds, if attacked and destroyed the invading Guild will be able to claim resources and any items not raised in the attack.

Each territory has the protection of a magical barrier that allows players to rest easy when they are asleep and off-line, stopping players from attacking villages at unsociable hours where a territory is unlikely to be defended.