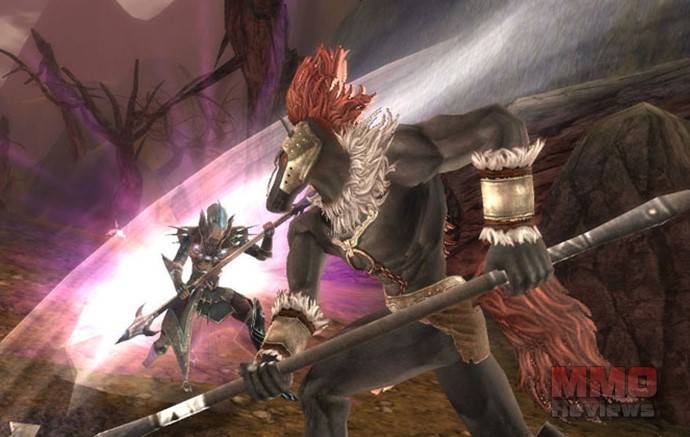 Developed by JoyImpact for Windows.

Aika Online is an epic fantasy MMORPG.  Five nations vie against one another for control of Arcan in massive castle sieges, relic thefts, and customized battlegrounds, waging war on a scale never before seen in an MMORPG.  Considerable treasures and blessings await the most powerful nation in Aika, with each nation ruled by a player Lord Marshal whose supreme power is supported by a guild regime. Designed to re-imagine the "massively" in MMORPG, Aika presents three major PvP modes which run the gamut from small skirmishes to 1000 vs. 1000 warfare. This comprehensive PvP system is unique among current MMORPGs for its gigantic scope, and it is this element - along with a fantastically detailed world and sweeping storyline - which has earned the game many enthusiastic reviews for its quality of play.

With over 1,000 quests, hundreds of monsters, and 15 gorgeously rendered areas, Aika holds its own as a thrilling single-player experience. However, it is the depth of the PvP system that sets this game apart. The world of Aika features five nations - each possessing its own distinct personality and populated by thousands - which, along with a comprehensive guild system, lays the groundwork for truly epic military clashes. Guilds and nations may ally with each other in exciting Castle Sieges to gain control of a nation and lord over its subjects, while entire nations may scheme with and against each other to win wars with glory, treasure, and powerful ability enhancements at stake.

Aika's creations
Before time began, the great goddess Aika created the land of Arcan, a world she hoped would become a utopia for all who inhabited it. To people this gentle land, Aika fashioned the Scinic, a kind and just race who cared for Arcan and preserved the harmony with which the Goddess had infused their birth. After three centuries, however, the Scinic grew restless and disenchanted with the complacency of their existence. The Scinic elders blamed Aika for the lack of purpose which gnawed at the very core of their society, corrupting the goodness which lay within them. They wished only to sleep under Arcan’s fertile ground until a time in which their lives could have more meaning, a request the Goddess granted, albeit sorrowfully.

Aika, in her wisdom, recognized that she had failed in her first attempt to create the perfect creatures to live in harmony on the world she had brought out of nothingness. She set out to correct her error in the genesis of the Humans, a race whose inherent balance of good and evil would inspire the meaningful struggle which the Scinic had so sorely missed in their peaceful lives. Human civilization thrived, but soon Aika learned that her second creation was also flawed. Arcan, her first and most precious creation, was quickly becoming overrun by Humankind’s hatred and destruction.

Angered and embittered by the Humans’ excesses, Aika vowed to create a race which would cleanse the land of its defilement. It was in this unhappy state that she conceived the Zereca, a race of arbiters to act as judge, jury, and executioner for the Humans. She desperately imbued her third creation with fragments of her own limitless essence--the better to overpower those whom they were destined to preserve or condemn. The Goddess released the Zereca upon Arcan... and prayed.

The retreat to the sky
Tika grew weary from her many efforts to devise a faultless world. She watched, horrified, as the Zereca ran bloodthirsty with power, bringing the Humans close to extinction and forcing them to hide in fear. Filled with remorse, she realized that there was no hope for the Zereca, a race created in anger, and that she must somehow shield the Humans from impending doom. She called upon the Great Prophet Giovanni of the Humans to command a mass exodus to the region of Lakia. With her remaining power, she lifted Lakia and the survivors upon it into the sky, away from the predations of the Zereca. Heartsick and spent, Aika fell into a deep sleep, and the fragments of her own power within the Zereca caused them to share her slumber.

The Awakening
Three hundred years have passed and the Humans have prospered upon Lakia, the land of the sky. Trouble lurks across the horizon, however, as both Aika and the Zereca have begun to stir from their repose. The Zereca, although still in a weakened state, have already begun to spread darkness over Arcan in preparation for their full awakening. In response, Aika has commissioned her own chosen emissaries among the Humans--a class known as the Aitan --to protect their race from harm. She has further created Pran, fairy familiars with elemental powers, to aid the Aitan.

And so begins Aika’s awakening, and the final war for Arcan...

Warrior
Towering, brutal, and relentless, the Warrior wields two-handed swords with unsurpassed strength. The Warrior's primary attributes are Strength and Constitution, with it's secondary attribute being Physical Attack.

Paladin
The Paladin is a pillar of support and a very well-rounded class, particularly with regards to defensive might. The Paladin's primary attributes are Strength and Physical Defense, with it's secondary attribute being Constitution.

Rifleman
Precise. Stealthy. Fatal. The Rifleman’s well-aimed bullets barrel out of the shadows, piercing armor and dealing massive critical damage. The Rifleman's primary attributes are Agility, with it's secondary attributes being Physical Attack.

Dual Gunner
Need more firepower? The Dual Gunner is your class. Bold, agile, and elegant, she cleans up any and all comers with a hail of deadly bullets from the two pistols she draws faster than a blink. The Dual Gunner's primary attributes are Physical Attack, with it's secondary attributes being Agility.

Warlock
The brilliant, powerful Warlock is a master of offensive magic, especially of the dark variety. The Warlock's primary attributes are Magic Attack, Magic Defense and Intelligence, with it's secondary attributes being Luck.

Cleric
Those who overlook the Cleric due to her small stature and cheeky charm do so at their own peril. The Priest's primary attributes are Magic Attack and Intelligence, with it's secondary attributes being Magic Defense and Luck.

The perils of your long journey require the assistance of a devoted partner. This companion should act not only as a reliable sidekick in battle, but also as a close friend.
The Pran fits both descriptions with ease as she casts helpful spells on you and grows to trust you over many interactions. She is your fairy familiar! When your character reaches level 7 a quest becomes available to you at the Flour Mill to get your pran.

Your Pran comes to you as a newly (hatched?) fairy and grows along with you. Killing monsters and completing quests - as long as your Pran is out cheering you on - will provide your Pran with experience of its own and allow her to level up alongside you. Prans don't stay in their infant fairy forms forever though: when your Pran hits certain level benchmarks, it evolve into a curious child, a maturing teenager and finally an adult companion fit to travel with in your adventures in the world of Laika.

Battlegrounds is one of the three major PvP modes in Aika. Using the Lobby window, you can enter an existing “room” or create one of your own.

The creator of a Battlefield instance caters the upcoming conflict to his liking, choosing the size of teams as well as the game mode. The scope of these battles ranges from 6 vs. 6 to 24 vs. 24, making Battlegrounds the smallest-scale PvP mode in Aika. Battlegrounds modes available in the first CB is limited to Deathmatch, which is a race between two teams to a target number of kills in a specified time frame, but more modes will be included later on.

Battlegrounds is an interesting and unique part of Aika because it doesn't involve your Nation. The incentives are personal: your kills grant you honor points which you can redeem for high level weapons and armor, and if you lead your team to victory you gain more experience and gold. Together with Aika's larger-scale types of warfare, Battlegrounds extends the spectrum of Lakian PvP capabilities to offer fun experiences to all kinds of players, no matter what their PvP preferences.