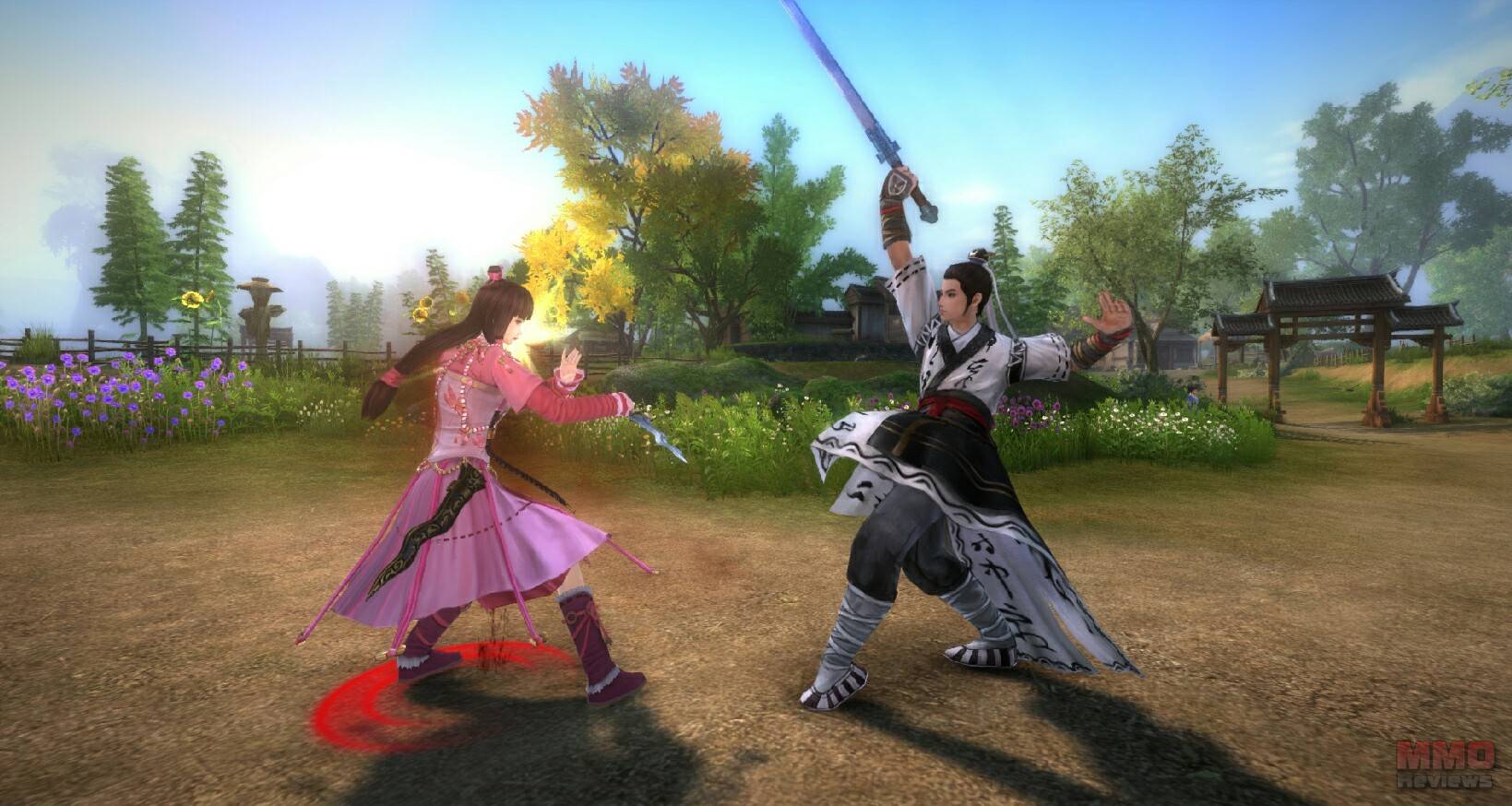 Age of Wushu is based on early Ming Dynasty China, a time when the central plains were relatively stable. It was during this period the Jianghu martial arts were allowed to flourish, and the great schools were formed and began recruiting members. This precipitated great change across the land.

- No Classes or Levels - Choose from an extensive collection of martial arts disciplines. Develop and improve your own unique combat style.

- Persistent World - Log off and your character lives on; new adventures, wealth and surprises await you upon your return.

- Innovative Combat System - Draw on the strict logic behind real martial arts. Each attack can be countered and exploited.

- Authentic Culture in a Virtual World - With diverse professions such as painter, musician, and blacksmith the world of Jianghu goes beyond the battles.

- Make a Name for Yourself - Become a leader of a martial arts school, seize a territory for your guild, and choose your own destiny within the Age of Wushu.

- Emei - With its extensive scope and power, the Emei dominate the Southwest region and are considered one of the Three Large Doors of Wushu, along with the Shaolin and Wudang. (Emei only accepts female students).

- Wudan - Wudang belongs to Quanzhen Sect of Taoism. Their disciples are always going about helping people and villagers so that the Wudang's reputation in Jianghu will grow. It carries a similar level of respect and fame as the Shaolin Sect.

- Shaolin -  In Jianghu, the Shaolin sect is charged with the task of upholding righteousness and judgment. Their martial arts are considered the most orthodox in the world. The Shaolin only takes male disciples.

- Scholars - Scholars disciples are mostly proficient at lyre-playing, chess, calligraphy, painting, and masters of music and dancing. Recently Scholars sent people to receive new disciples. If you want to join, you at least need to know of the following skills: Qin-Playing, Chess, Calligraphy, or Painting and then go and find a Scholars Guide Disciple to recommend you.

- Tangmen - Tangmen disciples, with their secretive behavior and hit-and-run tactics, give people an impression of being both good and evil. They aren't friendly with the decent high reputation Schools but also have great distain for the crooked. They care not what others think and travel alone.

- Royal guards - Vicious and cruel, the Royal Guards seek power and control. Their brutal, merciless attacks are the dark twin of Shaolin.

- Wanderer's Valley - The acolytes of the Wanderer’s Valley school are amoral, secretive and sinister. Their art focuses on the use of cunning tricks, poisons and their vicious mastery of dark chi.

Combat in Age of Wushu is based on the strict logic of real-world martial arts, and has been compared to the classic game of “Rock, Paper, Scissors." Moves types are divided into Overts (Rock), Feints (Scissors), and Block (Paper).

In addition to the three basic sets are Chi Moves. Chi Moves enhance your own power or weaken the enemy. They do not directly attack an enemy as much as create debuffs. While channeling the Chi Move a player is left open to attacks so be wise when using.