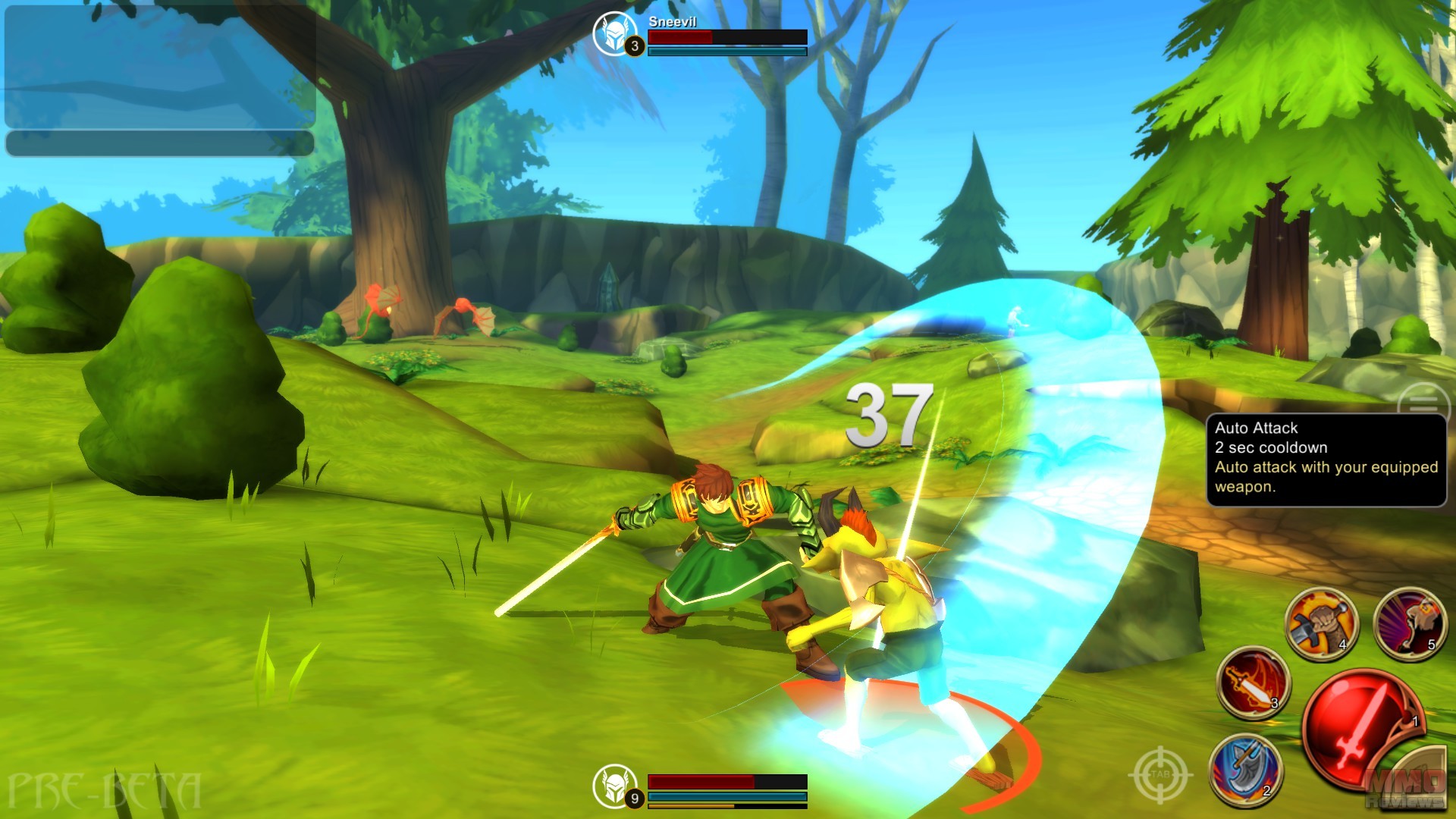 A free to play MMORPG accessible across multiple platforms where players can adventure through a fantasy realm filled with dungeons, monsters and treasure! With a flexible class based system players can play as four classes in the game with their own abilities, fighting solo or part of a group with other players. The game features 3D graphics and is a rebooted version of the original AdventureQuest flash browser game.

The core of the game is a more classical 3D MMORPG following quest based progression where you can pick up quests from NPCs that guide you to set areas in the world or instanced locations to fight various monsters and bosses, acquire loot, earn XP and level up your character.

Players can choose from four classes, but all of them are accessible from the same character with players able to switch between them when not in combat. The four classes are:

Warrior – A physical melee fighter they can use various abilities to buff themselves and their allies and debuff their opponents, as well as powerful single damage and area attacks

Guardian – A protective frontliner who uses their Guardian Strike to apply a Guardian Mark on enemies, the more marks in place the higher the damage on their skills and the more health they can heal themselves for

Rogue - Focusing on building poison stacks on enemies to make them explode, the Rogue can turn invisible to enemies with the use of Stealth, giving them mobility and agility to strike from the shadows

Mage – Harnessing the elemental powers the Mage can cast lightning and fireballs from a distance as well as shielding themselves and performing large area attacks to all enemies surround them, giving them a lot of survivability if they find themselves in melee combat

Combat is a tab targeting based system that when enemies are close enough, or within range of ranged attacks, players can use their primary attack skills to deal damage to enemies and balance their mana and health points when in battle. Each character has their main basic attack and four primary abilities to help them hurt their enemies, help their allies and even heal themselves depending on their choice of class. Abilities take up mana and so players must ensure they keep an eye on their bar to ensure they have enough to fight more challenging enemies nearby. In the event that a player dies in combat they respawn at the beginning of the area after 10 seconds and are able to carry on fighting.

There are lots of different items to earn in the game, ranging from armor to weapons, the different items come with different stats to improve dodge, attack, mana, and more; players can switch between different types of gear as they suit different classes. The gear that works best for a players Mage might not be as useful if they then switch to a Warrior class (still on the same character) unless they have another set of clothes.

AdventureQuest 3D can be played on PC, browser and mobile platforms with players able to all come together on one server and play with each other; whether your friends are arranging to jump into a raid on their PCs and you’re stuck on the bus, with your phone you are able to join them in their battle and have the game always at your fingertips.

The UI of the game is developed in a way that it is simple for PC players to use but also intuitive for those using touch screens, with big bulky buttons enabling them to trigger skills and abilities with the push of a button.