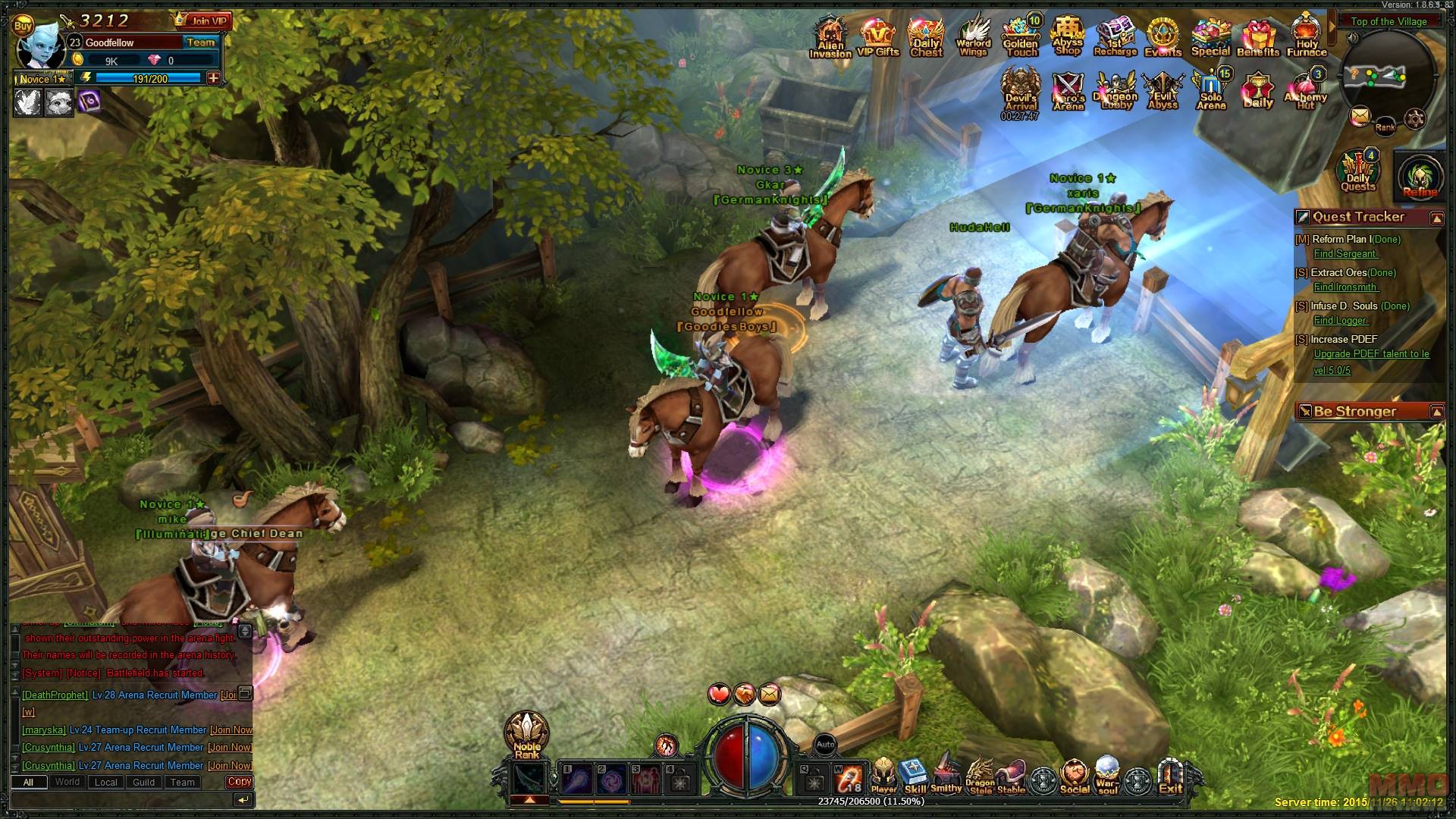 A free to play RPG set in a fantasy realm where forces of darkness have arisen, answering the call of an ancient evil dragon that once tried to destroy the world. Defeated by a goddess that sacrificed herself to imprison the dragon, her essence shattering into crystal fragments that the dragon now seeks to possess to retake his freedom and continue his reign of terror. Focusing on a story-driven epic Abyss: Dark Arisen is a browser based RPG where players can access the game through their preferred internet browser after registering an account.

Packed with features, Abyss: Dark Arisen is a classic RPG where players will pick up quests and complete them to gain XP, gold currency and equipment that in turn can be used to improve their character and make them more powerful. With elements of solo play each available class is capable of fending for themselves, however, players can tackle greater threats as a group and earn even greater rewards if working together. The game has both cooperative and competitive play with players able to go against each other in PVP to achieve ranks and the rewards that come with it.

The game has three classes that players can choose from, each have its own unique skill that offer the character different playstyles and utility as either a solo adventurer or a member of a team. Players will improve their abilities and unlock new skills as they gain XP and level up, making them even more fearsome in battle:

There are different types of dungeons in the game but most commonly players will experience the Solo Dungeons that the main storyline leads them into; these instanced based adventures follow set themes determined by the current region they are in. Each instance has a series of enemies as well as an elite opponent at the end, with an even greater Boss challenge at the end of the zone that must be defeated. Players earn a score rating for their performance on the individual stage and so can come back and repeat them, or use the Blitz feature to auto complete them and gain rewards.

If players wish to group up with other people they can enter the Tavern in preparation for doing a multiplayer dungeon, working together the monsters that they face in these areas are fare stronger than Solo Dungeons, but also drop loot in abundance and even rarer items.

By acquiring gear players are automatically prompted to equip it if it is better quality than what they currently have, each piece of gear depending on the slot it takes up (head, body, weapon, etc.) will increase a specific stat. Players can increase the value of these stat gains by spending their gold to Enhance the item a certain number of times based on that specific item; the cost to do so is determined by the quality/rarity of the item being Enhanced with rarer items costing more gold. There are lots of ways to Enhance your character in the game including upgrading Stables and mounts, creating Warsouls from crystals, and other item based buffs that can be discovered.