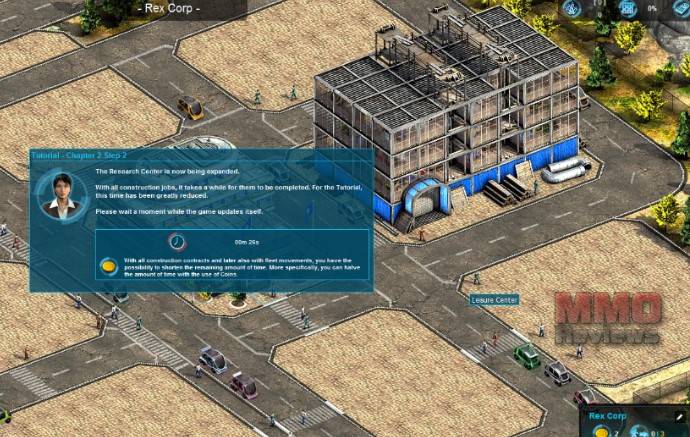 22 Moon at war is a free to play, browser-based, mmo where you are the CEO of an aspiring energy corporation. Join the market of energy conglomerates and make sure that your corporation becomes the most successful and powerful supplier of the coveted resource, Ore-22.

Fossil fuels have long since been depleted and renewable energy sources cannot satisfy humanity’s hunger for technology. That makes the mining for Ore-22 not only necessary for survival, but also a market with virtually limitless potential to expand. Establish your corporate headquarters and coordinate your economic and military strategy. Keep an eye on the world market in order to maximize your profits. By investing your assets in research, you can expand your headquarters, construct new and faster propulsion systems, or develop new weapons systems to defend your ore deposits.

Since 2051, the companies have been accelerating their efforts in the space field. Contrary to their hopes, there were no energy sources to be found on the Moon, Mars or Saturn. In 2068, scientists produced the first artificial stable wormhole which could be open for only up to twelve minutes. The success of the scientists was the breakthrough for interstellar travel.

2112: The first unmanned expeditions were launched to travel to the planet systems known as Ursae Majoris, 55 Cancri, My Arae and Giese 581. In all four planetary systems, a total of 22 "DeepWell" probes were used on the moons of various planets. In 2114, it was reported that a DeepWell 22 discovered a crystalline ore on one of the moons of Gliese 581 C. Studies on Earth have shown that just 100 grams of this ore produce an energy potential of 100 megawatts at a pressure of 9 Gigapascal.

22, the unofficial name of the ore, could solve the energy problems of the Earth forever.

In 2130, the first commercial 22'er power plant was constructed. Since 2138, new propulsion systems have become available, powered by the new energy source. Within minutes, the earth - driven by the endless possibilities of 22 - gained an even bigger appetite for the new energy source. The race between groups at all mining sites (Claims) on the moon of Gliese 581 C has long been underway - by any means necessary.

There are three Settlement types. You must place your enterprise headquarters in the first one.

Claims
The Claims on the moon serve as the dismantlings and carriers of the ore and as a starting point for your military operations.

Syndicate
The Syndicate (Alliance) also has its own headquarters which is established in one of the economic zones. These headquarters must be expanded by the Syndicaate in order to be able to make actions.

Group headquarters
In your group headquarters on the planet, a research laboratory is available to you. You can use this lab to investigate and research different abilities and unlock new possibilities for yourself.

Fullscreen
22MOON AT WAR can be played in full-screen mode. The overall page layout adapts to your current screen resolution. Depending on the resolution of the monitor, it is possible to see more areas of the game world at the same time. Through our intuitive „Click-and-Drag“ function, you can move through the entire game world. There is no need to reload the page and no advertisements which could disturb the perfect gaming experience.

Gameplay
22 MOON AT WAR is a strategic building game where you run your own mining enterprise. The goal is to mine the ore from the moon of Gliese 581 c and bring it to the planet. On the moon of Gliese 581 c, the corporations and their means are justified to protect their own Claims and to learn new habits. Military strength and tactical skills are needed in order to survive the grueling competition.

Economic zones
There are eight economic zones. At the beginning of the game, you must decide in which of the zones your enterprise should be located. Supported by 22er Ore, you can sell your ore within these zones. The sales duties are set by the Council of the respective economic zones which effect the seller.

Council members
The most successful ten players in each zone will be the zone council members. This zone council fix the daily tax amounts for the next trading day. The rates are configured once a week. The customs taxes which are paid are to be divided among the respective players within their own respective zones.

22er Ore
The Ore which you mine in your Claim, it must be transported to your Planet. There, you can sell it through your enterprise headquarters to other economic zones. The selling price is dependant upon the sale quantities within the respective zone the day before. When selling 22er Ore within your own zone, you do not pay any taxes.

There are seven combat units. Each combat unit has their own individual set of advantages and disadvantages.

Defense Zone
There are five divided fields in the Defense Zone. Within these five fields, different tactics with individual troops are positioned. The attacker must move forward during an attack in each of these zones.