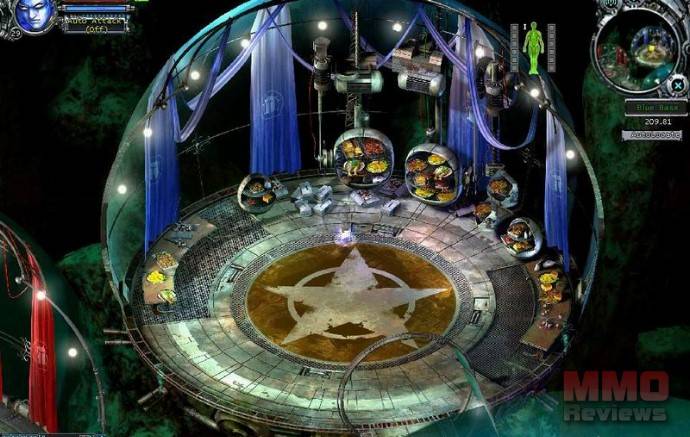 2029 Online is a sci-fi free to play based RTS title that features some familiar RPG elements in combat. The environment in 2029 world is as diverse as the options for combat. Encompassing a huge world with a lot of different landscapes and terrain, there is plenty of room for exploration lasting days on end. Cross the wide open plains, cut a path through the dense forests, venture to the molten edges of volcanoes, fight the searing heat of the desert and brave the frostbitten glaciers.

The story of 2029 Online centers around a galactic inter-species discord on an alien planet called Helen Continent. Conflict has become entrenched, as each culture refuses to back down and fights for its own survival and domination. As the foundations of justice and order crumble, a mass of brave people have risen up to defend peace on this war-stricken planet. As you progress in the game, you can easily develop your skills and gain a reputation as a raider of unique skill. If you hit a high level, you can run feral raids to solidify your heroic reputation, but remember, this MMO is not just about killing, but about fame and faith.

- Planet Earth was dominated by Humans, but then totally destroyed in a massive explosion. Humans were forced to leave their motherland behind and travelled to Helen Continent to carve out a new existence. Gradually, they became the most ambitious race and were pitting themselves against other races to build a new order in their second home. Humans are skilled in political maneuvers and care only about the acquisition of wealth and fame. They are eager to realize their goals and achievements to prove their existence.

- Driads, these forest residents feature some truly extraordinary traits. They are readily identifiable as giants, and in every aspect of their daily personal lives, you will find traces of vines. Their addiction to these climbing plants is mystifying, while their superb ability to raise almost any kind of insect makes them even more mysterious and magical. They are wild earth guardians who derive their power from the forest land.

- Electronic Elves are conceited and gloomy and their disdainful attitude often engenders hostility from other races. However, their superior abilities means that despite their frustration, other races do not often cause aggression.

3C are Three Corridors which offer players a chance to PK with each other. It requires skilled operation and perfect cooperation if you want to win. Cooperation among teammates is more important than individual abilities when you join large-scale battles. Players should work with their friends together to build strong defenses to defeat enemies to win.

Our Mercenary system helps bring a new dimension to game play. When a quest is too tough to be completed solo and you can't find anyone to form a party with, calling a mercenary into battle to fight by your side will be on the top of your Must-Do list. Our Mercenary System allows you to hire a single mercenary solider or even a whole group of them to be your strong-armed backup and take your enemies down.

Quick locate allows players to quickly and easily find their destination. With one click, your character will start along a short cut to wherever it is you want to go!

Without worrying about location coordinates or remembering map names, monsters or NPCs, you can breeze through the game world! Find enemies, talk to NPCs, sign up for more missions and complete more quests with less time spent.

Customize your vehicles to make them thickly armored, bristling with guns and even self-propelled. Add-ons include weapons, armor and driving force. Make staying cool your choice. DIY and turn your vehicle into a sensational and awe inspiring icon for others to respect.