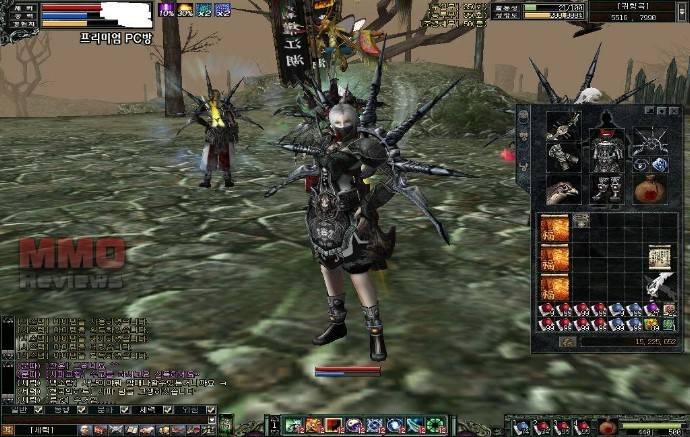 Developed by Aeria Games for Windows.

12Sky offers a uniquely intense and addictive faction vs. faction based gaming system filled with martial arts and action which is bound to satisfy all the PvP needs of veteran and new players alike. Players may choose from any of the three classes of each faction, then developer their skills, sharpen their weapons and refine their armor to produce a character fit for battle against the other clans.

Explore a factions’ vast maps to kill monsters, party with comrades, complete an endless array of quests, or hunt down bosses and attain riches and fame along the way.

A battle system to solo and party friendly. Monsters are easier to defeat than in most MMORPG's which gives the player more opportunities to explore instead of just grinding. When you do spend time fighting Non-playing Characters (NPCs), there are a few features that make things a little more interesting. One is the 'Parts System' that allows your character to hit the upper, middle, and lower body parts of enemies resulting in different death animations.

The game is designed around making an intense PvP experience for players. When you create a character, you swear allegiance to a clan, and you must do everything in your power to expand its power. This generally means joining the various clan battles (RvR) constantly raging across the land.

It's all around the mastery of various martial art skills. Skill points are earned after each new level, which can be used to learn new moves or master the ones you have. Not all skills are based on combat. Like a ninja, you must learn to leap from rooftop to rooftop to avoid detection, or cross chasms to reach advanced areas.