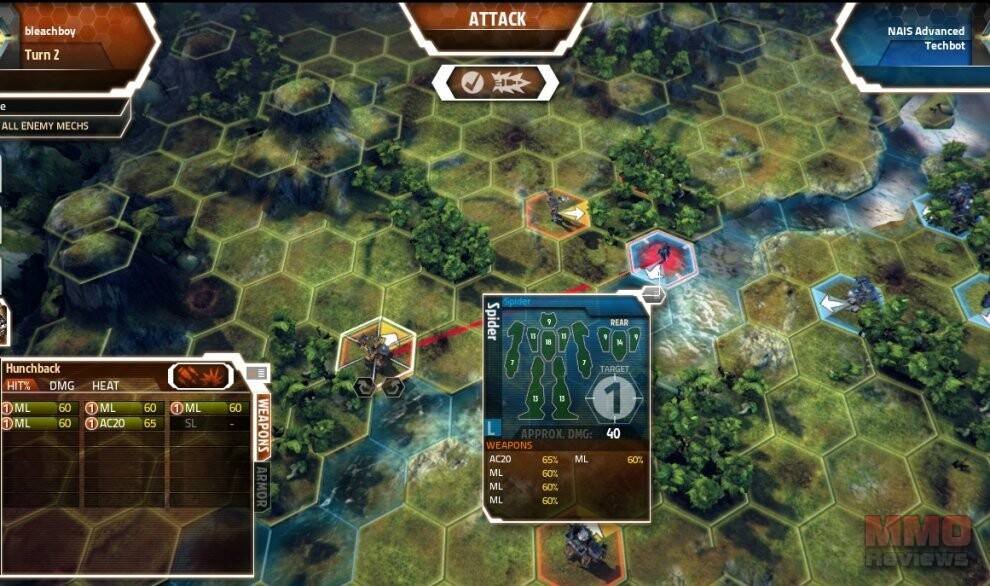 - Engaging battles against other players and AI opponents

-Playable on most major browsers using the Unity Engine plug-in

The Arsenal is the place where players can view their entire collection of cards. They will get the largest version of the card art with all the details there. It’s also possible to search and sort your collection for specific cards.

When players have set up a lance of 4 valid mechs, it is ready to be deployed on a mission. After selecting ranked or unranked play, they can specify many of the mission preferences, including the map and turn timer. In order to ensure fast matchmaking, players will be matched on what they prefer first. If a good match based on the player’s skill and combat value tier can’t be found, the requirements are loosened for the other preferences the player specified.

Those who aren’t that much into PvP are able to opt for missions against AI opponents as well.

Combat in MWT consist of hexes and turns. The hexes use a MWT scale and the turns are asynchronous, double-blind and simultaneously declared. On the one hand this means that a whole mission can be resolved quicker and on the other, that players can have multiple missions going on at the same time and are able to bounce back and forth, taking a turn in each, and play continuously against multiple opponents in their multiple games.

Turns are broken down into 3 major phases:

Attack phase - During this first phase, players will declare their weapon attacks when having a vulnerable target in sight.

Movement phase - As terrain and elevation matter for movement, players will have to select each of their mechs and plot their movement path based on the select movement mode. This will determine the mechs’ position when they will declare attacks in the next turn. Therefore, players will have to make sure they put each mech into a position where they will be able to target the opponent based on where they predict they may move to.

Presentation phase - After both players have submitted their turns, all of the planned actions are played out in an animated sequence and players will see everything come to life and move around the battlefield.

MWT players will receive Scrap for completing each match that ends in a win, loss or draw against human players or AI opponents. Scrap can be used to purchase most, but not all, items in the store. Moreover, they are free to buy C-Bills for real money and spend them on both regular and exclusive items in the store.

MWT is designed as a free-to-play title that uses collectible “cards” to represent the resources used to customize the player’s Mechs and MechWarriors. You can collect these cards through purchasing randomized “booster packs” called STACs, that can be purchased via Scrap or C-Bills.

Given that STACs contain random cards and that each card is assigned a value (Combat Value) which is used to help balance each player’s forces, the developers tried to steer away from a “pay-to-win” model.