Hands-On with Echo of Soul


Pros: Story content is well written (both the lore and the accurate localisation).
Cons: Tried and tested classic MMORPG format that is a little tired and generic.

These past days we have been playing Echo of Soul, a fantasy based free to play MMORPG that has just entered closed beta. We played for quite a few hours in order to see where we felt it sat within the F2P MMORPG market. From the general overview on the website there wasn’t that much information that particular stood the game out from the crowd, so we entered fully expecting a typical theme park adventure, typical features and a generally familiar experience. 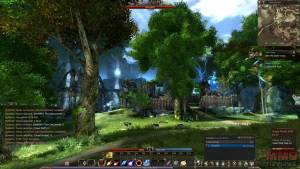 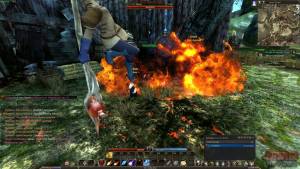 Starting out we chose to play as a Sorceress, the character customisation options generally weren’t all that bad though the five classes are gender locked and each one has a fair few appearance options for face, hair and general body mass, but nothing particularly extensive. The fact that there are only five classes in the game is a bit of a disappointment, whilst the game is only in open beta for the EU/NA market its launched in South Korea around 18 months ago (though they have a sixth Warlock class that has now been released) we still feel that for an MMORPG five classes, even with the two specialisations per class, is a little on the low side particularly when they are also gender locked.

Whilst not anything to do solely with the game and more to do with the publishers, the login for Aeria Games (the EU/NA publisher) Aeria Ignite platform is frustrating as hell and doesn’t save your username and password, which given that we were provided a press account we could never remember either. This was further exasperated by the third-party spyware/hack shield type software that was loaded in the background that kept crashing the game saying we were running unapproved third-party programs. Moving on. 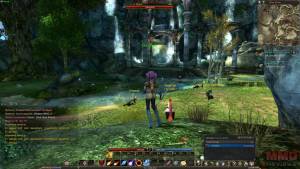 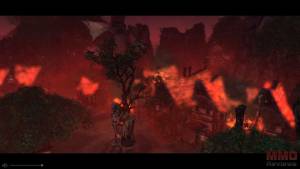 The game looks a little dated, even for a 2013 release, and whilst the level design and general environments isn’t bad the flat textures coupled with sporadic foliage dotted around to try and emphasise depth was a little on the basics side and not what we’d expect from a modern day MMO RPG. This only adds to the problem when the game is very much similar to a lot of MMORPGs that already exist, if you are going to follow a similar/popular format the your game can’t look worse when it is supposed to newer...

From the website, the wiki, the quests that guides you in the game one of the key features is the Soul system, essentially every time players kill a creature they gather from it Chaos Souls which they can then use to purify, which charges up their Soul Skill. There are four Soul Skills per class based on Innocence, Hope, Courage and Peace, players get to choose which one is the currently active skill and they can trigger it for a limited duration buff which uses up the purified souls they have stored for that skill giving buffs on defense, critical strike, offensive damage, healing , etc. depending on the class and the skills level up over time and become stronger. Souls can also be used in crafting using the professions and hobbies, so it’s a relatively central feature that offers up quite a lot; different... but nothing mind blowing. 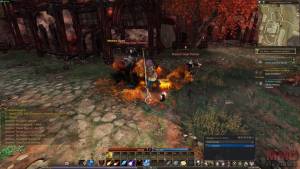 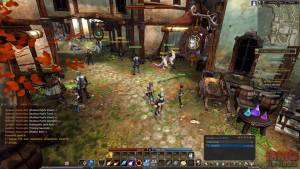 The quest content is pretty generic, yellow exclamation marks followed by yellow question marks, a quest log that has a handy little directional compass and range next to each quest, which was pretty handy. Very story driven and, for a translation, the English was pretty top notch, which is quite surprising as for a lot of MMOs with Asian origins the localisation can be shaky at best. Still, it was for the most partand kill of over and over with the zone usually culminating in a tougher boss mob. The zones were pretty heavily instance in some places, usually travelling between them where long roads would be split up into relatively similar small instances for some reason, some of the smaller areas have no quests and in just a few mobs and seem to be absolute pointless in even existing. World PvE in general was pretty easy and didn’t serve up too much of a challenge. The Dungeons however were a different matter.

Using the Dungeon matchmaker menu we were able to select Solo or Party Dungeons within our age range, unlocking the first one at level 10, testing it out we jumped into some naga filled cave, recommended for level 12s. We literally couldn’t even solo the first mob and the majority of places would pull two or more, so "solo" is fine, it just doesn’t tell you at what level you can start solo’ing...

We checked out the Founders Pack content we’ve been given access to, which gave us a free Tiger mount to replace our bird-llama creature that we got that around level 6; it was nice to have a mount early on and not have to spend ages walking everywhere. We also got a brown llama pet to replace our white anteater; these little "pack rat" pets move loot all the items you need from any kills you make, which again were pretty handy, though the Founders Pack version as with the mount didn’t appear to have any major differences other than purely cosmetic. We got a few other items, some Chaos Shards and some Gold Bullion that we could sell for one gold piece each; with our newly acquired wealth we bought two Lottery Tickets at a price of 1gp each, which is... well... quite a lot for the game we’d probably acquired about 70 silver pieces around level 10 when we sold the Gold Bullion, and there’s 1000 silver to 1 gold piece. Opening the tickets you get the chance to win a fortune, but doesn’t exactly tell you how much know what your odds are, but with our first two tickets we won 600 silver on each ticket (1.2 gold) and so bought another ticket and one another 600 silver, so from 2000 silver we’d ended up with 600. It doesn’t a much to work out that this is no doubt going to be a Premium Currency money sink. 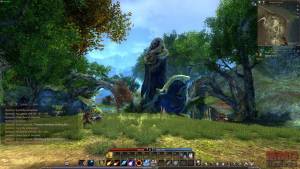 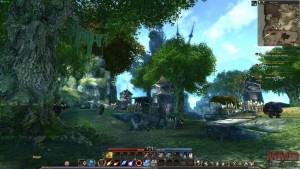 Checking out PVP we queued for the matchmaking arena in a 15 v 15 Battlefield match, with absolutely no idea what to expect we jumped in a queue and it took about a minute before the game popped up and let us jump in. What we faced was a circular map with 5 towers in a point capture fight, apparently every so often a boss would spawn in the middle of the map but we can’t say we ever saw it, instead we were busy running around from base to base trying to capture and recapture towers. One of the good things about PVP is that you can earn XP and gold through it, so players that aren’t that interested in PVE have a completely viable way of levelling up and there’s quite a few different PVP setups to experience. Sounds good right? Well not entirely. We queued for a MATCHMAKING game and, fair enough it’s Closed Beta, but we were level 10 when we first tried out the battlefield and among our team and the enemies we were up against level 60+ players, literally people who could nearly one shot us. Sure there were enemies in our level range (but as PvP only opens up at level 10 we were literally as low as you could get) and whilst we were having good fights in the battle they would always be cut short as a high level player came over and killed one of us. You can imagine how fun that is. The games lasted so long with no obvious score that we could see (but is no doubt there) that we ended up quitting, licking our wounds and our pride.

Conclusion? The game is relatively well done but is an extremely safe bet offering very little innovation to an already tired formula that we’ve seen a dozen times; the same classes, the same types of world, the same features, just a slightly different story. The graphics aren’t the best, not in comparison to other MMORPGs that share a similar release date, and the performance (for a heavily instanced game) was quite poor in built up areas with lots of people, the starting zone being particularly bad. If you’ve played an MMORPG released in the last 5 years then you won’t get much new from Echo of Souls, if you haven’t and it’s your first time to the dance then it’s not a bad game ultimately and provides some mindless enjoyment.

This entry was posted on Friday, May 8th, 2015 at 5:31 pm and is filed under MMO News. You can follow any responses to this entry through the RSS 2.0 feed. Puedes dejar una respuesta, o un trackback desde tu sitio web.