Exclusive Interview with the Producer of Archlord 2

We’ve lately been granted the opportunity to meet with Fabien Alexandre, Producer of Archlord 2, for an interview. This sequel to the original Archlord will definitely be an MMO you don’t want to miss out. By the time it enters closed beta testing in the near future, we’ll host a key giveaway, so stay tuned and meanwhile enjoy this pretty interesting interview.

Q:  First of all, thanks a lot for granting us the opportunity to talk with you about Archlord 2. Could you, please, introduce yourself to our readers?

A: My name is Fabien Alexandre, and I am the producer of Archlord 2 at WEBZEN Dublin Ltd. As such, I am responsible for the publication of the English, French and German versions of the game.

I have been working in the games industry for many years and while Archlord 2 presents me with a lot of challenges, I am psyched to finally share this game with our players.

Q: Which terms would you use to present Archlord 2 to somebody who hasn’t heard of the game yet?

A: Archlord 2 is a fantasy MMORPG that is specifically trying to address the free-to-play crowd, focusing on ease of access, easy catchup, and replayability.

This is achieved by using well-established features such as a fast-paced quest system as an introduction into the game’s core features: instanced dungeons and battlegrounds.


Q: Which characteristics make Archlord 2 stand out from the genre? Why should players prefer playing Archlord 2 rather than any other MMORPG that’s playable for free?

A: Archlord 2 is a subtle blend of traditional MMORPGs and gear grinding games with a strong emphasis on party play that leads into the game’s unique PvP features all the way to massive battlegrounds.

There are very few restrictions in terms of classes/archetypes and grouping, so players are free to experience the game the way they want with whom they want. Party play is strongly encouraged; you can even get a buff for doing things as a group!

Q:  Could you explain what an Archlord is and what players are supposed to do to earn this title?

A: The Archlord is the ruler of the world of Chantra, in which the game is set. But only the strongest and fiercest warriors can become the Archlord, so players will have to prove their mettle in the game’s PvP contents, to be able to compete for that title.

Q: Is there any connection between Archlord 2 and the previous Archlord instalment? And if so, in which way?

A: The game is loosely based on the lore of Archlord 1, so players will see a lot of names & places that sound familiar. However it was designed specifically to be a different game, mostly in terms of PvP. For example, in designing the massive battlegrounds that are at the heart of the game, we came to the conclusion that it would be best to rely on instanced content.

Q: Please provide us with some details on the available races and classes.

A: In the Beta, we will start out with only 2 races, Humans and Orcs, though additional races will be introduced at a later stage. Humans and Orcs are the "cornerstone races", so to speak. Around their conflict revolves the war between the factions of the Azuni and the Crunn.

As classes go, Archlord 2 has an effectively classless character system. As already mentioned, players can adopt any role in combat, depending on the type of weapon they use.

There are four different types of weapons in Archlord 2, reflecting the number of character archetypes or combat roles available to players. Equipping a weapon of a specific type will give players access to a set of skills that corresponds with a specific archetype. Using weapons of a certain type will build proficiency with that weapon type and allow players to access additional passive and active skills. 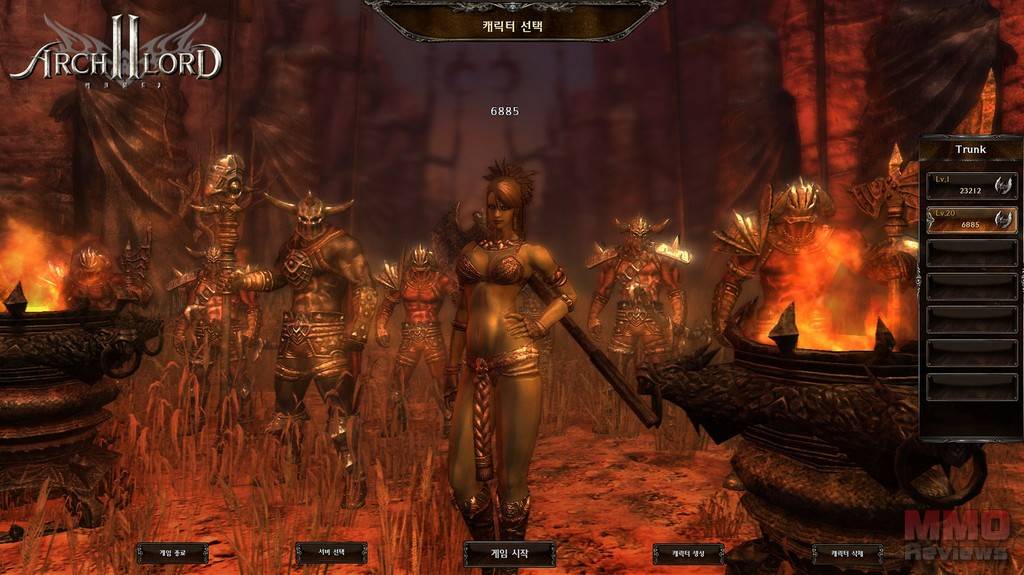 Q: What will character progression look like? Which option will players have in regards to customising their characters?

A: In terms of character progression & customisation, you can expect to see all the usual fundamentals, such as gaining experience, levelling up, distributing attribute points, upgrading and modifying equipment etc.

Q: Would you describe the combat as being action-style or more traditional? Does the group gameplay revolve around the holy trinity of Tank, Healer, and DPS?

A: The combat system is focused on fast-paced action and mixes traditional MMORPG targeting and an almost MOBA-style set of active skills, some of which have to be aimed freely. To avoid the “skill clutter” of many traditional MMORPGs, Archlord 2 uses a system of Chained Skills that allow players to combo multiple abilities. This feature also challenges players to master timing to overcome their opponents.

The traditional archetypes of Tank, Heal, and DPS exist in the game, but with a twist. Any character can take on any of these roles, depending on the weapon he equips, as the skill set a character has access to is tied to the weapon he uses.

Q: We’ve already learned that PvP will have certain relevance, could you elaborate a bit more on the game’S PvP elements? Will Archlord 2 only feature instanced battle zones or also offer open PvP?

A: PvP will indeed be a main focus in Archlord 2 and as was already mentioned it is how you actually get that very title. There are numerous PvP elements, ranging from a more open PvP experience in contested areas to skirmishes based around group play and massive battlegrounds for up to 400 players.

However instanced PvP in skirmishes and battlegrounds is at the heart of the game. The fact that this content is instances enables us to utilise things like PvE elements and to offer a variety of different play modes – Deathmatches, Domination, Assassination, the game has it all.

Q: What about the structure of the PvE content? Can we expect to be faced with quest chains, instances, raids?

A: Archlord 2 has the full range of quest types, ranging from scenario quests to daily and repeatable quests.

But the really meaty core PvE is found in instances/dungeons, which offer multiple difficulty levels for both solo and group play, and a performance-based reward system.

In the Beta, we will not be offering a purely PvE-focused raid instance, but we have plans to introduce one at a later stage. 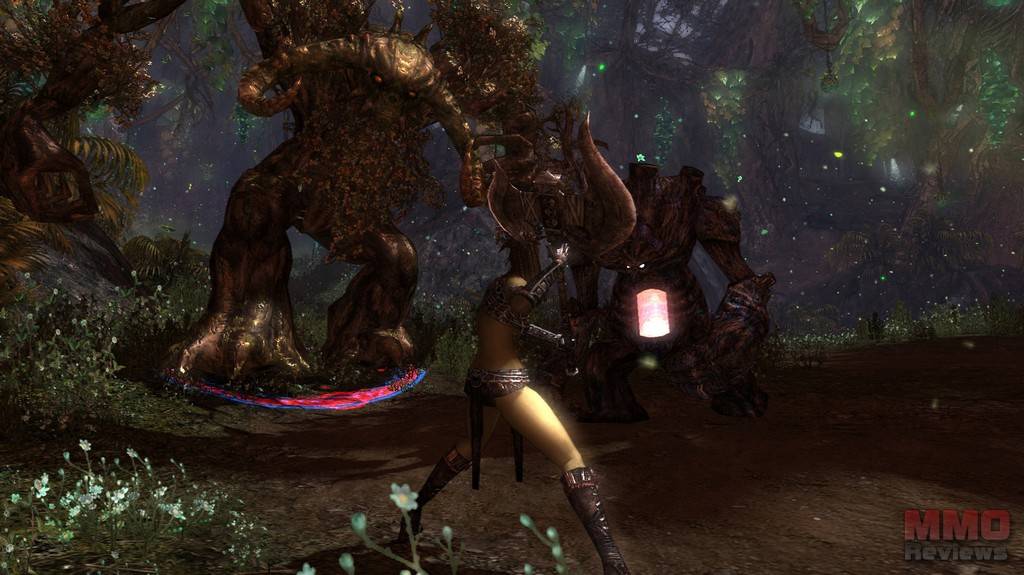 Q: Please tell us something about the crafting system.

A:  The gathering & crafting system in Archlord 2 is a crucial feature for all players, as it allows them to create gems, potions, and equipment.

And of course, there are also numerous ways in which existing items can be modified or upgraded, ranging from Alchemy to Reinforcement and Socketing.

Q: Can players look forward to anything similar to pets and mounts?

A: We will only start out with mounts, as pets were not a focus in designing the game and can at times be quite tricky in terms of PvP integration. Mounts however are needed to get you from A to B – even in PvP.

But that is not to say that we are necessarily against introducing pets, should players want to see this feature in the game. In this regard, any and all feedback is welcome and we encourage players to let us know where they want the game to be headed.

Q: Is there any set timeframe yet for closed and open beta testing? Have you already scheduled a release date?

A: The CBT will start in the very near future. We are looking at the OBT date to be finalised, but we will announce the upcoming schedule soon. So stay tuned! 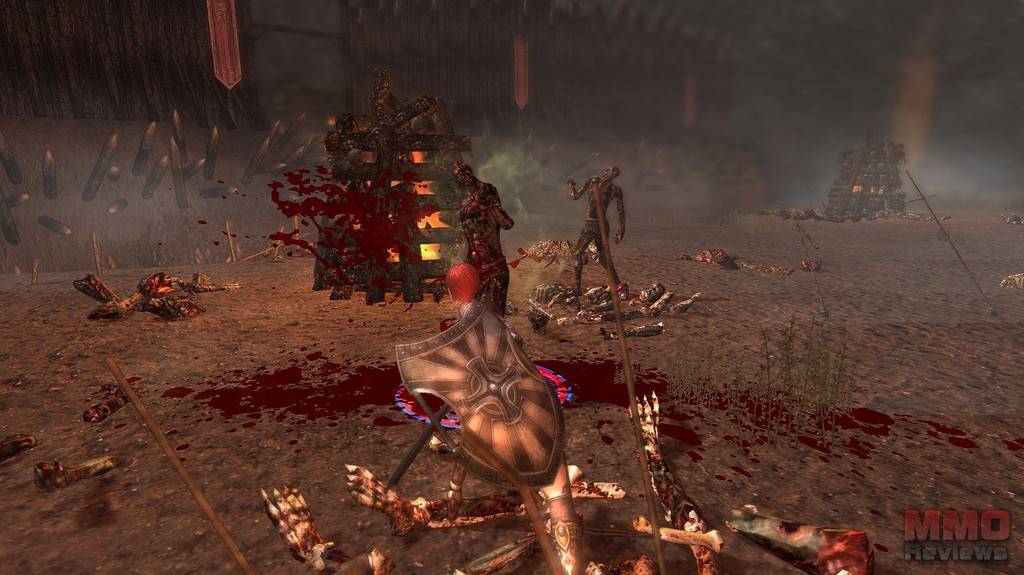 Q: Thanks a lot for your detailed replying. Would you like to mention anything else?

A: I would like to encourage players with an interest in hassle-free and fast-paced MMORPG action and specifically PvP to check out the game. We have something for both competitive and casual players and are looking to offer you an accessible and fun experience!

If you’d like to know more, check out our Wiki at the official site.

Thank you for giving me the opportunity for this interview.

In order to get further information on this game, feel free to also use our detailed profile available by clicking on the INFO button below.

This entry was posted on Friday, May 30th, 2014 at 1:20 pm and is filed under MMO News. You can follow any responses to this entry through the RSS 2.0 feed. Puedes dejar una respuesta, o un trackback desde tu sitio web.